Why North Bangalore Is A Good Place To Invest? 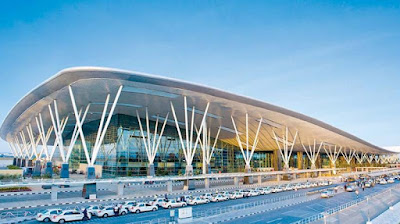 When it comes to a housing most of us demark ourselves within the boundaries of the city as we ‘think’ being within this demarcation is of utmost convenience to all our needs. Few reasons for us thinking that way possibly could be, because of corporate jobs spread across, railing restaurants to feed our boredom, a night life to drink away our sorrows, etc. Though these are valid reasons do we really know the way of life and opportunities we could be having a few a few kilometres away from the hustling, crowded city?

Getting away from that hustle, crowd, traffic of the city, to finally having that peace, serene, quiet, to hear ones’ thoughts seems like the biggest reason to shift to North Bangalore, a suburb of Bangalore that has been talk of town since 2008with the opening of the new International Airport.

Along with this,Devanahalli road growth rate in realty has become impeccable. The road planning has been engineered with the highest level of sophistication making commuting easy for the population, the road is reachable by NH7, also known as Bellary Road or Bangalore Hyderabad Highway.Being expanded to six lanes with further plans of expansion to reduce the travel time to airport from current 40 minutes to less than 20 minutes.

Want to have dinner in the city no worries a newly established Metro rail has been planned to commute passengers from the International Airport into the city, this means you never need to take your car or bike and get yourself stuck in Traffic!

Catering to the commuting problems of the citizens, employment opportunities are also becoming a priority in the area.

Devanahalli has been set to see a hike in its commercial developments with ITIR, Aerospace SEZ, Devanahalli Business Park. Most MNC IT majors are planning to move their technology and R&D Centres closer to the Airport, The BIAL IT Investment region (ITIR) will house marquee names of IT industry and will create 4 million jobs.Karnataka State Electronics Development Corporation issued EOI in 2012 for development of ITIR for which it received interest from 55 MNCs. Once developed it will create total 4 million jobs. 1.2 million direct (employees working in these companies). 2.8 million indirect (people supporting these employees).
Even if 20% direct employees choose to live close by, it will result in demand of 240,000 dwelling units.

The major player moving near the airport is Shell and a few others such asBoeing, Airbus, Bombardier,StarragHeckert, Wipro, Tata Elxi, TCS, etc. Hospitals and an aviation industry all ready to be set up.

Commercial Development also brings in lifestyle development, an International Convention Centre and Hotel is also planned in 35 acres, adjacent to Devanahalli Business Park.Residential Real Estate Development is also on a rise bringing in high price for such projects. Devanahalli, has on offer many tier 2 builders focusing on plotted developments considering small ticket size. The growth data points for Devanahalli is not very skewed from any upcoming business city.

Here’s an Opportunity to invest in right sized apartments with 25 lavish and new amenities including dance studio, fight club and bowling alley at a launch price of Rs 3,699. Expected price to hit the barrier of Rs. 4999 in 12 months due to the amenities provided… Investors will reap the maximum benefits when social infrastructure grows and families start to move in.

Whether we like it or not, Devanahalli is future of Bangalore. Smart investors are ahead of time, if you haven’t already invested, it’s your time now.
We expect your investment to grow 2 – 3 times in next 5 years.

Invest buying yourself an apartment in the Rainforest Apartments. Though it’s coming to Devanahalli the apartments are of Balinese Architecture guaranteeing you to feel that you’re on a vacation in Bali. It’s going to be work out and party in. The new age of living has hit Bangalore don’t miss out on this Chance. Be Smart chose Smart Living.

There Is A Right Person For Everything 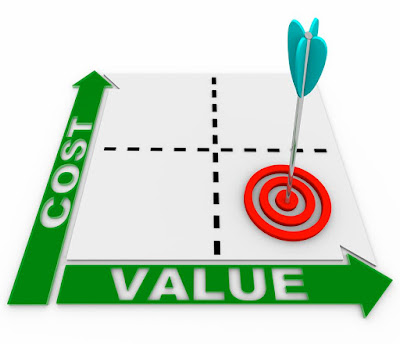 Back in school when we suddenly stumbled into the field of attraction with the opposite sex, wedesired to go out on dates. It was a much simpler time as we didn’t really make a list of what we like, what we want from our partner but rather the smallest speck of attention received was enough to make us feel that we were in love with the person. Time went by, attention turned to hatred, love turned to heartbreak, we crossed the line of immaturity to maturity and we learnt the meaning of being in a relationship and hence we all made ourselves a checklist. From thereon, on all our dates we ordered a third chair upon which our check list sat analysing aspects the potential date had or not, we rushed back home right after with it, hoping it would show us a magical number of 8 out of 10 but to our plight we’d see some figure ranging around 4 or 6. In no time we found ourselves sitting in on a romantic candle light dinner for two with our checklist being our date, soon the voices of our friends and families fill our heads asking us not to be so shallow, the perfect one doesn’t exist and if you remain this picky you’ll remain alone forever.

Though we fill our heads with doubt in relationships, that’s not applicable when it comes to buying a house. The house you chose,the house you invest your lifelong savings in, is more than a space between 4 walls determines your stature, it determines your zen why would you settle for anything that doesn’t suit your personality because to be honest the perfect house does exist. The list you make of your house having; a gym, outdoor and indoor swimming pool both, the billiards and pool table in the game room, a chess board and carrom board at the lounge, a park, high ceiling living rooms, spacious balconies so that you can host a barbeque, a house to accommodate all your friends without it being congested etc. All the amenities/ characteristics that determine your ideal home cannot be something you overlook and settle for anything you consider something you can live in.

Choosing the wrong house, isn’t an option because it’s a space you come back to when the whole world seems against you and if you have a leaky roof, dull cracked walls, peeling paint, howling dogs, mosquitoes and cockroaches running around that enter because of the dumpyard in the backyard where do you go to let of steam? The gym, take a walk in the park or go for a swim? But what if the amenities your searching for to let off steam is quite the travel and with all the traffic around it creates more agitation than decreasing it?

Your investment cannot be a settlement, you need to hang on till the boxes all are checked, because the house is where heart is and you cannot break up with it. So be wise and chose a house that doesn’t result in a heartbreak! Look for a marriage which doesn’t have a expiry date on it.

How To Achieve Your Dream Home


Finding a Dream Home seems like a big task as half or almost an entire portion of your life savings are being spent on this huge investment that’s going to remain with you for an entire lifetime. Hence when you invest you need to look for the best and not take risks.
This article has a few pointers that can stray you away from a bad investment and help you chose your first steps into a real estate investment. 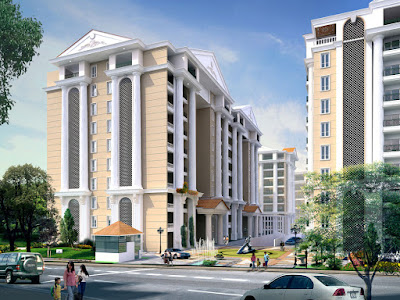 This factor is a break or make our dream home. Keep in mind your office, family, schooling, social life, etc, and how well does the locality satisfy those factors or whether the locality has a good transportation system which would make travelling easy to get around. If you’re a family man how safe is the location for your children, parents etc, office and school the distance from your home to avoid travelling hassles. If you’re a youth or newly married couple lets keep the hot spots of the city within visiting radius. So hence the Location you chose is critically important to how happy your going to be living there. 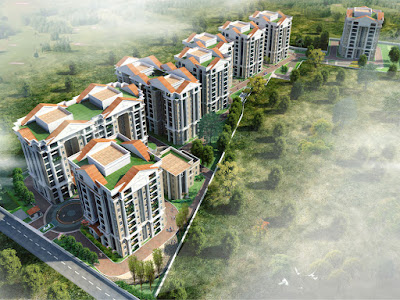 When you go into buying a house you need to have a clear idea about the space for how many people, your relationships to the people in question their needs along with yours.
Hence the amenities available within the locality and apartment need to be kept in mind. The next step would be the ambience and what bit of your personality or your profile you want to convey through the style of your apartment. Keep in mind the complimentary ambience to your surroundings. 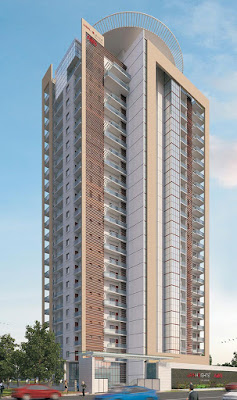 When you have a good location in mind the next step is to find a reliable, trust worthy realtor who understands you and what kind of home you are looking for. The contractor chosen shouldn’t see you only as a client through which they are able to make money out of. They need to envision your home as their home and are able to understand what you want and don’t. It would be of great advantage if they see your point for they’d also be able to give you inputs that would benefit you. Another crucial element to this is to be aware that the realtor isn’t fooling you and promising you falsified statements which would result in your loss. It would be wise to bring in experts and contractors for a professional opinion to check out the house and it’s features so you have assurance the house is a good investment. 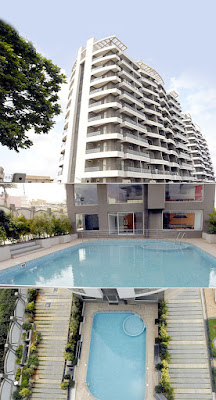 Let go of those sample images we find online that feel suits our style and get contractors and designers to make our dream come true. For our dream house lets do it our style and get our vision out so let’s stick to our budget hit those paint shops and interior showrooms and because only we know our dream. Another priceless emotion is to see your house coming to life by your own eyes and hand, it’s something you’re not going to get from just the final product.

Let your dream home be yours, bring it to life!

Keeping this all-in mind, finding you the right location with all convenience right around it, with no failing you with false promises keeping your wants in mind to make your entire dream true by cancelling out the 4 factors you need to keep in mind Jain Heights Developers provides all in one.

We understand your requirements prioritise your happiness and zen to give to you a healthy happy life by offering world class amenities within the compound of their Apartments. The Apartments are situated in the central locations such as East Parade in CV Raman Nagar, Grand West in Yeshwanthpur, also in Bangalore east and Bangalore north etc, trying to curb the amount of time being spent on travel from your work place to home and vice versa.