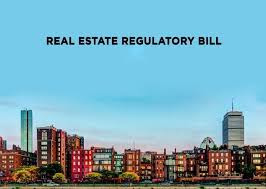 One of the most significant regulations is that the Real Estate Regulatory Act (RERA) has been preparing for some serious changes in this sector. RERA aims to bring in a regulated system for sector’s growth, be it for the developers or for consumers.

The only thing that is static is the change, this remains a very famous saying and currently, every stakeholder in the real estate sector agrees with it. This sector witnessed significant regulatory changes in the recent past that are poised to define the future of the sector.

According to study, it is evident that the sector will be heading towards forming a more transparent, competitive, value offering, hassle-free and definitely consumer-focused environment. Though these appear very promising in the whole, but the execution is what will define the actual course of these changes.

RERA, undoubtedly, has been the biggest reform till date, which has come in real estate sector recently. The announcement of this law has received mixed reviews both from developers as well as home-buyers. This act has precisely encapsulated the features to safeguard the interests of homebuyers completely but in doing so it has also proposed certain changes that may likely impose to financial challenges on the developers’ side. Jain Heights believes in promoting transparent transactions and documentation among its customers to have a very loyal database in future days. Having done many successful projects in the modern times, we are always looking forward to building a better tomorrow in terms of service and quality of our offerings with respect to the current scenario.

For example, RERA prescribes that every project needs to be registered with the Authority disclosing all relevant information and documentations pertaining to the property, like the details of promoters, sanction plans, the number of units with carpet area, etc. This is ensured and followed as developers by us to practice safe and legal business and we thereby do not commit beyond their reach and are accountable to what we have committed during the actual sale proposals. This is done in order to safeguard the capital of the consumer and ensure that the project does not get delayed. Commitment on Carpet Area states that a homebuyer has to pay only for the actual useable area and not as per super-built up area is what is currently being followed. Moreover, this will clear the intentions with respect to what a homebuyer is paying for and make their transactions transparent.

One thing that is clear from the government with the introduction of the act is to make sure that the projects are delivered on promised time. This incident has however missed addressing one major hurdle in the path that accounts for the delay in sanctions and plan approvals. It is to be noted that all delays are not from developer’s end. The sanctioning and approving team play a major role and thus need to be brought under its ambit if government genuinely chose to achieve its goals. The bottom line here is that the state government has the opportunity to amend the act, if they look at developers in the same priority as customers do, this will eventually lead to the successful execution of projects.
This overall scenario is looking good for the medium in the long run for businesses and consumers. But on the short run, this would mean a lot of transitional difficulties for businesses. It would literally spell doom for a lot of developers and the market would witness lot more consolidation.

Check for more trending and interesting articles on www.jainheights.com
Posted by Unknown at 22:24

Life in Yeshwanthpur, when luxury is the purpose – Jain Heights 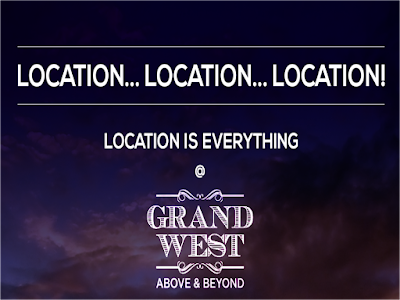 A location that consists of more than anything you can ask for, our Grand West project in Yeshwanthpur is located in one of the prime locations in Bangalore. Yeshwanthpur, where our Grand West is located, is closely surrounded by the city’s top hotspots like the Orion mall, WTC, Iskon temple and much more of such easily accessible places. The presence of Colombia Asia hospital, M.S Ramaiah Hospitals and medical college along with few more highly recognized colleges makes this place ideal for healthcare and educational persuaders.

These highlighted locations near Grand West like the metro cash and carry for all your shopping needs, Yeshwanthpur railways and metro for easier and quicker commute, the TajVivanta, Columbia Asia Hospital, Brigade Orion for those weekend shopping and Iskon temple for the divine blessing of Lord Krishna makes for a perfect life amidst the busy city.

Living in Jain Heights always comes with world class amenities and luxuries, to mention a few on the ground level; we have the basketball court, swimming pool, jogging track and the most refreshing landscape. You must be wondering this is what all apartments provide; well, in this case, we have added the most luxurious touch to all of our amenities to make you feel the utmost comfort of living in a posh environment. On the sky deck, we have the yoga room, meditation place, and an organic terrace garden. Grand West also comes with the top class coliseum and club house which will surely add the element of entertainment to your family and you on those cozy weekends.

All we want to conclude is that our Grand West Project from Jain Heights is a perfect pick for a place to settle and relax in the forthcoming days of future. Enquire with us for more details on www.jainheights.com.
Posted by Unknown at 02:43 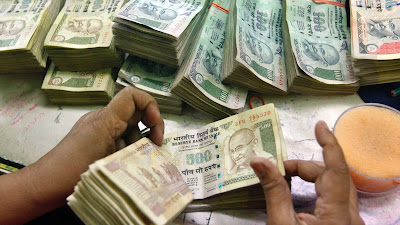 Being one of the boldest movements by the Government of India that was announced in just a 40-minute speech, the demonetization of 500 & 1000 rupee notes has rattled the economy in all possible ways. This decision has however received mixed reactions from everyone. The real estate sector is one of the highly affected by the Prime Minister's move to ban currency notes of 500 and 1000 overnight. And this move has elicited a pretty mixed response from people within the sector.

The actual driving force behind this historical decision was to eradicate all the black money. Recent studies pegged India’s black market economy estimate at over 30 lakh crore that is almost about 20 percent of total GDP. This is comparatively bigger than the GDP of countries like Sweden and Argentina.

Adding to this heated situation, the industry experts and veterans said the move will hopefully increase transparency in this segment and promote bank involvement in a much dependent way.

Reports from the Catch news said, a broker from the capital had to confess that “They will find a way to route transactions through other ways, without specifying how. There will also be a minor inconvenience for a short period of time, but it shouldn’t be of any major impact to the business.” This, however, is an agreed statement by other real estate agents as well; they altogether seem all solid not being much worried about the government ban on currency.

But the experts had a different opinion altogether, The banning of higher currency notes is a major move that will help curb unaccounted-for cash in the real estate sector. Well, we have just witnessed a tremendous step towards increased transparency in the Indian real estate industry finally. The effects will be far-reaching and immediate, and will for sure shake up the sector. The top analysts said primary markets, which comprises of new flats and residential colonies, will not see much of an impact, as most of their transactions are through mortgage and bank-routed transactions.However, primary markets will not be affected. But secondary markets could see a change indeed. It can help improve transparency on a larger scale, with a severe impact on plotted developments.

The bottom line of this move will definitely lead to making the sector more transparent and the country free of corruption and finally a better tomorrow. 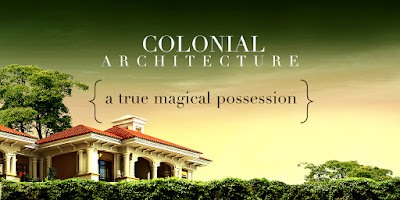 The love for luxury homes is not a new discovery; it is an old desire that has been growing among us since forever. To begin with, during the 1700s, European settlers in North America incorporated these architectural styles of their native countries into their new homes which we call colonial architecture in the modern times. The styles that arose as "Colonial architecture," are also known by many other names thatinclude Georgian Colonial homes, Spanish Colonial, German Colonial, French Colonial, Dutch Colonial, Federal and Cape Cod.

The characteristics of this masterpiece stood unique regardless of the size of the home. Most colonial homes share different characteristics, these homes are symmetrical, or square, and some homes even feature an entry door that can be found in the middle of the front of the building. This style also bears two windows on both sides of the entry door, along with five windows on the second floor, with one stylishly placed directly above the entry door. Now to mention few other characteristics, they include paired chimneys;mostlya medium pitched roof to access drainage in rainy weather and a stairway that is directly behind the entry door which leads to a hallway that bisects the middle of the second floor. These were some specifications of the standard colonial homes back then.

When the colonial architecture came to India in the mid-16th century, the earliest buildings of them all were entirely constructed with wood and were heavily fortified. Later on, the Portuguese began using stone as their regional influence increased and eventually they gained access to quarries. Soon thereafter, the Dutch, Danes, French, and other English counterparts followed suit. Due to the perceived danger from locals, even some factories were built in a defensive posture, with long fences and gates. Inside these rudimentary complexes were courtyards, public administrative buildings, and warehouses. As things kept getting better and better, it was not until the middle of the 18th century when European colonials would begin building to the east as well. The history of these homes is however very vast to understand in one go. The best way we suppose you can get closer to know these magical possessions is by owning one at the Jain Heights.

These wonderful dream houses designed in colonial style of architecture by acclaimed architects at the apartments at East Parade are unique and capable enough to change the skyline of Bangalore. If a high end living is what you’re looking for, then Jain Heights being the best in town is your perfect choice on fulfilling your desire to own a colonial styled home.Each flat is built with utmost care toexpose the acme of luxury. Presenting you the revolution in the segment of luxury apartments, each flat in the project of Jain Heights in Bangalore redefines the concept of premium condominiums. Our apartments at East Parade beckon you to a new world of porches living space, plush settings and world class architecture, all capable of sufficing your need for a return to Old Bangalore.

Know more about our luxurious homes built for you at www.jainheights.com
Posted by Jain Heights at 03:54