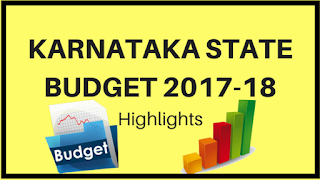 The Congress government in Karnataka on Wednesday introduced its last full budget before taking a leap into the state the polls in May 2018. However, theSiddaramaiah government seems to have taken great inspiration from populist schemes that belong to other states and other governments like in Tamil Nadu and Delhi.

So here are the highlights of our new budget 2017 –
-    There have been huge grants to OBC, SC and ST communities who belong to the largest chunk of Karnataka's population. About 6,000 crore rupees has been allocated for different programs, subsidies, and incentives to them.
-    The capital gains tax liability has been changed for Joint Development Agreement and has been signed for the development of property.
-    'Namma’ canteen is on the list on the similar lines of Amma canteen in Tamil Nadu that provides breakfast, lunch, and dinner at an affordable price. It has been strategically planned to have one canteen located in every ward of Bruhat Bengaluru Mahanagara Palike (BBMP).
-    Infrastructure status to affordable housing is a boost for an affordable residential sector.
-    Government to provide free laptops to 1.5 lakh students getting into engineering, medical, polytechnic and other first-grade colleges.
-    LPG connections to be provided to over 2 lakh BPL families of SC/ST communities, in addition, LPG connections will be availed to about 5 lakh poor families to those who do not get covered by central schemes.
-    Up to 10,000 liters of free water supply to urban poor for those living in homes built on plots less than 600 square feet land.
-    The government also declares 10 million homes to be built by 2019 for the homeless and those living in kutcha houses.
-    The grants for effective English language teaching from Class I, and IT education in high schools and colleges to be made mandatory.
-    The government will distribute food grains under Anna Bhagya scheme; this scheme will see an upgrade from 5 to 7 kg per person.
-    By 2018, 10 lakes to be developed at cost of Rs 42 crore. Including the infamous Bellandur and Varthur lakes known for their contamination and frothing.
-    There will be a one-time incentive of Rs 2 lakh each to students from minority and OBC community who make it to premier institutes like IIM, IIT, IISc.
-    Government announces tax breather for notional rent income on unsold or unoccupied completed projects by any real estate builder.
-    A strict ban on all two-stroke autos from April will be in action to reduce air and noise pollution. These are to be replaced with 10,000, 4-stroke LPG-enabled auto rickshaws and it’s subsidies to be given to auto owners.
-    The National Housing Bank (NHB) will refinance individual housing loans of about INR 200 billion in 2017-18.
-    The increase in investment in infrastructure and development projects will be seen in action after this budget plan.
-    The state government also allocates Rs 26,000 crore for the second phase of 72 km of Bangalore Metro. The phase 1 of 42.3 km to be completed by April 2017.
-    To regulate ticket fares in multiplexes by making maximum entry fee at Rs 200.
-    Tech-based apps for an early response against crimes towards women and children to be built.

However the above glimpse of the budget plan for 2017 made by the state government looks promises, we would love to see how well the real estate sector can support the government and vice versa. Jain Heights supports this wonderful budgetary plan from our state government and is looking forward to a better tomorrow.

Visit our site to know more insights about current situations in real estate sector, www.jainheights.com
Posted by Unknown at 02:55 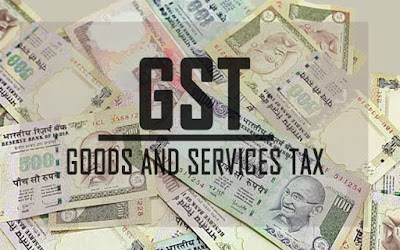 GST has been one of the long awaited tax reforms in the country that got unanimous approval of both houses of parliament this monsoon session. The union government of India has planned a deadline of April 2017 for its roll out. Currently, 3 states have already ratified the bill which later will be quickly followed by the others. How this might impact taxes in residential real estate transactions has got many views from the industry experts. Let’s understand it in brief –

Taxation and real estate industry
If we quickly take a look at the real estate industry, we find there has been a major tax change in the last few years. These taxes, however, are not uniform all over the country, different practices and regulations are followed to their respective states in India.

VAT is applied by the State Government on the goods portion and the value of services is framed by the Central Government. However, other than stamp duty, there are no clear taxes on the transactions regarding the value of land. This situation leads to confusion and eventually can result in dual taxation.

Here, the real estate industry has justifiably been feeling jittery during such confusing tax calculations. For a real transaction, multiple taxes need to be paid and this also has a negative effect on the industry. The ultimate need for the industry’s demand to bring GST on board is primarily to get a clear and transparent taxation rule for the real estate sector in India which will help the overall economy of the country.

Expected GST effects on the real estate industry in India
The implementation of GST can prove to be a solid step in reforming indirect taxation in India. Though there are chances of double taxation, it would be diminished, as some of the Central and State Government taxes will be amalgamated as one. This will indeed ease the process of taxation at a considerable rate, making its enforcement and administration much simpler.

Talking about the real estate industry in this context, there are a few things that we have to know and understand. In the current scenario, a builder or a real estate developer incurs many kinds of expenses in the construction phase of a project. Here, different kinds of taxes are involved with these expenses, like VAT/CST, customs duties, the service tax, and excise duty. But the majority of these taxes are expenses that derive from within the policies of the system. This is because they are not creditable to the developer or end-customer by any means. They are usually non-creditable expenses that lead to tax inefficiency.

But the one positive impact that might result from GST is by monitoring the credit utilization. This will for sure help in strengthening the credit chain in the whole system. If the property developers and builders properly manage this aspect, they will see some profits in the near future.

There is an expectation that the proposed GST structure will have a progressive and streamlined approach. Also, it is anticipated that the tax compliance rules might not have any serious impact on real estate builders and developers. In the present condition, builders running projects in different states are to comply with State-specific VAT laws, as well as other kinds of service taxes. Introducing GST will therefore not bring any additional burden on real estate builders present in the country.

However, much depends on what rate of GST will finally be confirmed by our government. If it is more than the existing cumulative taxes then it means that the overall cost to consumers of buying an under-construction flat will likely increase along with the additional cost of stamp duty and registration. At the same time, developers have to keep an eye on costing policies, as price competitiveness is very important in the current real estate market scenario.

Get more updates and news about the real estate markets and new implementations from around the country exclusively on www.jainheights.com also visit our site to view our upcoming projects.
Posted by Unknown at 22:16 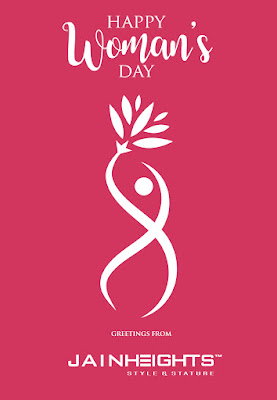 Women are celebrated all across the globe, indeed they are the most beautiful creation of god. But over time, comes complication! Her vivid roles in the society have caused a tremendous amount of stress and pressure. This eventually has led to new and worse health problems in them.

Worst case here is the ‘Breast Cancer’ that has been in the light at an alarming rate. It is important to rectify and begin treatment in the early stage in order to fight out of it, but unfortunately, 45% of the breast cancer victims don’t even notice it until they are in stage 2 or 3.

But there is the dependable amount of good news about breast cancer these days. Treatments keep getting better and better, but it is important from our side also to maintain a healthy lifestyle to prevent such mishaps. These few simple steps can help lower the risk of breast cancer. Though everyone does not directly apply to every woman, but together they can have a bigger impact.

Keep Your Weight in Check
It’s very easy to put on some weight or shed incredible, but maintaining a healthy weight is an important goal for everyone. Especially being overweight can increase the risk of many other forms of cancers, including breast cancer, especially after menopause.

Being Physically Active Is Important
Exercise is as close to a silver bullet for good health as there is, and those who are physically active for at least 30 minutes in a day have a lower risk of breast cancer. So make it a habit of exercising regularly, it is, in fact, one of the best ways to help keep weight in check.

Eat Plenty of Fruits & Vegetables & Avoid Alcohol
A healthy diet can keep the risk of breast cancer at bay. Make sure you eat lots of fruits and vegetables and get rid of those fancy whiskey or vodka bottles. While moderate drinking can be good for the heart in older adults but it’s hard to keep it moderate. But even at low levels of intake, it can increase the risk of breast cancer eventually.

Quit Smoking Right Now!
Smokers and non-smokers both know how dangerous smoking is. On top of lowering quality of life, it also increases the risk of heart disease, stroke, and close to15 types of cancers (including breast cancer). Now that’s motivation to stay smoke-free if you find it hard get professional help from your doctor.

Breastfeed, If Possible
Breastfeeding for a year or more depending on the number of children you have lowers the risk of breast cancer. It also holds great health benefits for your child.

However, a women’s health is very important to her family. So it’s time you begin to take good care of yourself. On this beautiful Women’s Day, Jain Heights wishes you a healthy and happy life ahead to all those wonderful women out there.

Chase your dreams and achieve greater milestones, because you can do it!
Posted by Unknown at 23:18